If you really want to encounter up-close the big whales with an eye-to-eye contact to Gray Whales (Eschrichtius robustus) and even to be able to touch them, then a journey with the Searcher Natural History Tours is absolutely the right address. In February 1995, I did a boat trip along the Pacific Coast of Baja California (Mexico), in particular to watch the gray whales in the lagoons Laguna San Ignacio and Bahia Magdalena. These two lagoons are the winter quarters of the Pacific Gray Whales, where they give birth. The young Gray Whales in particular are very curious and approach the boats, so that you can really make an eye-to-eye contact with them and even touch them.

To which extent the hugging the whales make sense or not, you can argue about. However, eco-tourism is a major source of income in this area and ultimately stopped the Mexican government from authorizing major industrial projects on the Baja California coast, which would have a bigger impact on the sensituve eco-system in Baja California. The benefit is for the marine fauna as a whole and for the local fishermen to compensate the loss of income during the prohibition of fishing during the whale breeding season.

San Ignacio Lagoon and Bahia Magdalena are the major calving and breeding locations for the Pacific Gray Whale. Only the local fishermen are allowed to bring whale watchers close to the whales. Sometimes the "friendly" and curious Gray Whales approach closely the small boats and allow themselves to be touched by humans. Not only that you can watch the whales but during this encounters they observe you. Often the approaching to the skiff is so close that it is difficulte to take a picture of the entire whale. 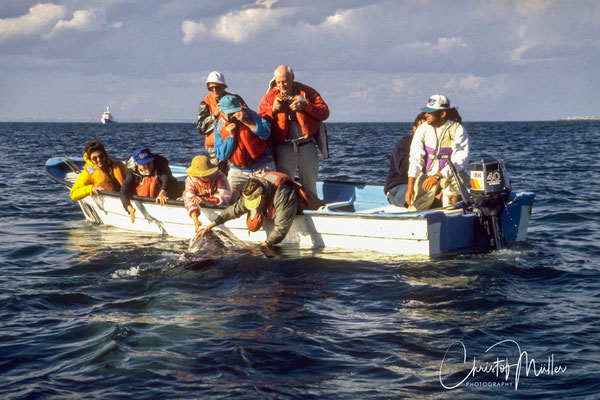 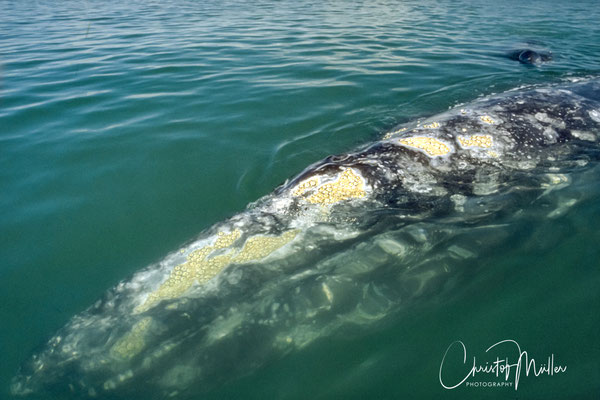 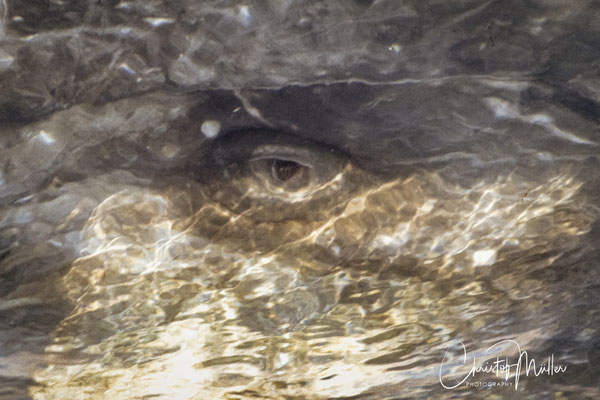 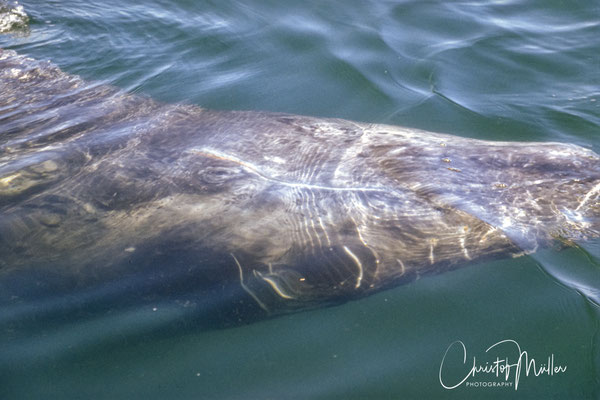 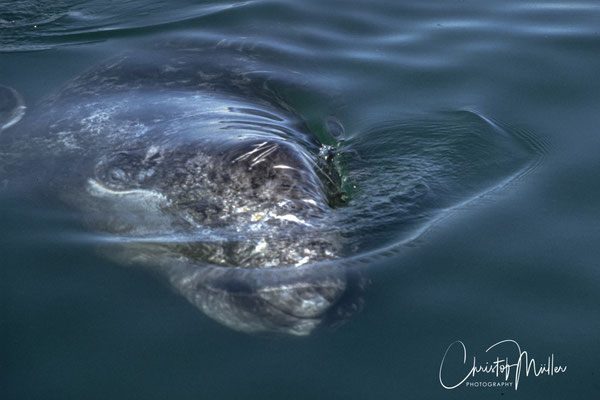 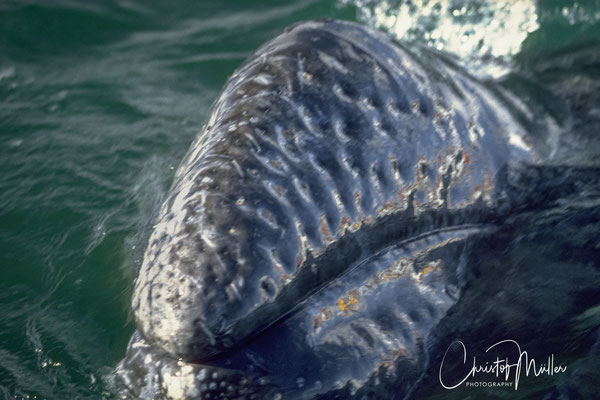 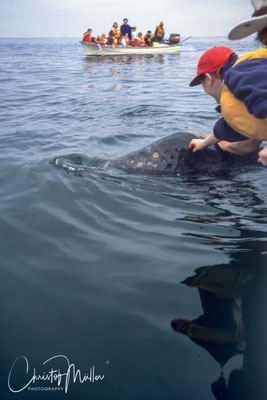 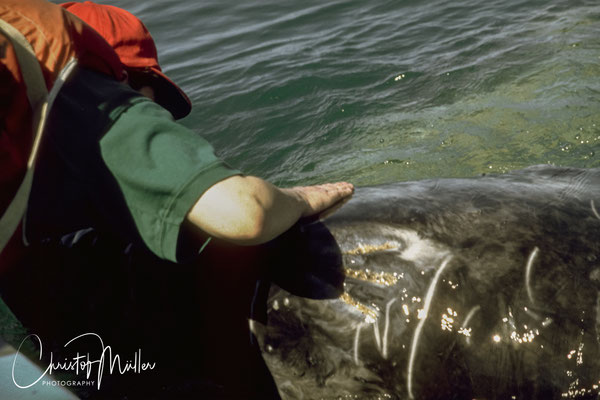